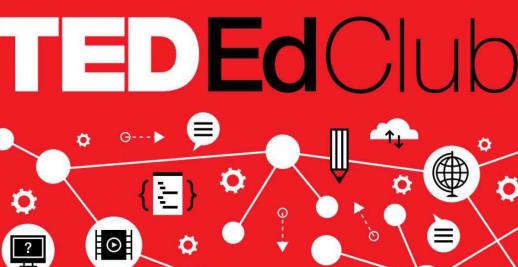 Consider the following; the idea underlying writing across the curriculum (that good writing shouldn’t be restricted to humanities-based subjects), the idea that the ways society tries to quantify certain values (wealth, intelligence, etc.) should be reevaluated, and the idea that the octave of someone’s voice can influence how you view them.

Although unrelated, what all of the above have in common is that they are ideas. Moreover, they are some of the ideas I was exposed to by fellow members of Ciputra’s TED-Ed Club. More on this in a moment.

But first, what is Ciputra’s TED-Ed club? The rundown of it is that we are a club registered with TED-Ed. To register, you need to apply and receive approval before you are able to access the resources to run your own meetings. The process instructs students step-by-step on how to create a TED-style talk, which will then be uploaded to the TED-Ed Student Talks YouTube channel (although members can opt out of this).

But in all honesty, we’re just a group of students who are passionate about certain ideas, and who, furthermore, want to be able to communicate them. And while I do admit that the ‘TED’ brand comes on a bit strong, it is the philosophy of it that we most identify with; the premise that anyone can have a big idea and be able to share it.

We have taken this philosophy and run with it. Although at the moment, the club is small and our meetings increasingly few, our members have put a lot of effort into researching, writing, and practicing their talks. We recently had a club field-trip where we visited a TEDx event speaker and I met the organizers behind TEDxJalanTunjungan to discuss, among other things, future activities that they could be held at our school.

For the teachers and students reading this, starting a TED-Ed Club wasn’t and still isn’t easy. As it was previously implied, we’ve had problems, mostly with regards to attendance and scheduling. But as we near the end of our club cycle, yours may just be beginning. If what you’ve read so far appeals to you, you could start your own TED-Ed Club by applying through ed.ted.com

It would be a shame to see TED-Ed end this year. Despite how self-righteous this sounds, don’t we owe it to ourselves to explore the ideas inside of us? And hopefully, be able to share it with others?