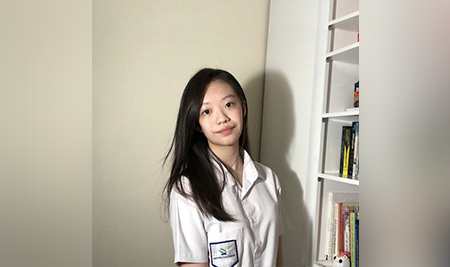 Based in London, The New College of the Humanities Essay Competition is a writing competition for Grade 11 students from anywhere in the world. Their selection of essay titles engages across a broad range of humanities and social sciences topics. 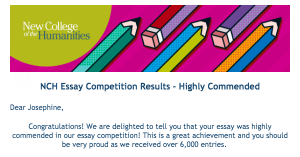 Entering the competition, I decided to respond to what I considered was the most thought-provoking prompt, which is, “It is 2120. There is no longer any such thing as poetry or poets. What happened?”. Though it was a creative writing essay, I wanted the flow to be as logical and as realistic as possible. I began my essay by elucidating the uphill trend of instant gratification in our society, reliance on technology, decline in poetry readership, the elitist nature of poetry, as well as the exaltation of scientific knowledge in a dying world. However, I ended my essay with a different approach and gave an optimistic view, concluding that “Humanity may be fighting for survival in 2120, but poetry will remind us why humanity is worth fighting for”.

In the beginning, I struggled to come up with a narrative that would explain the end of poetry. I have never initially thought that issues such as climate change could have possibly threatened the very existence of poetry. But after completing the essay and all the time spent researching, I was struck by multiple epiphanies, and most of all found a new profound respect for poets and poetry. If there is anything I learned from writing this piece until 4 AM, it would be that taking risks in writing is rewarding. Essays don’t have to be written in the way we initially think they should be written, or that they should follow a certain format. But more than just improving my writing skills, this essay allowed me to explore sociology, philosophy, climate change, and reflect on life in general.

Competing with 6000 people around the world was a great experience. Shoutout to Erin, you were an amazing emotional support! And to the teacher who had to deal with my procrastination since February.