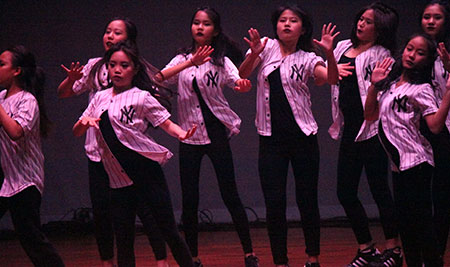 Ciputra’s Got Talent (CGT) is an annual competition held by the OSIS committee that allows students from Sekolah Ciputra to showcase their talents as well as express creativity in the form of performing arts.

This yeara��s CGT was a success as many talented individuals participated in this event. I myself, as well as Vice Captain Russell Tan, had the honour of performing on Ciputra’s stage for the OSIS performance. Being on stage was a nerve wracking experience and I cana��t believe how the participants could perform on that stage with such a large audience. The performers ranged from different year levels and they all impressed the audience with their performances. The audience also impressed me with the warm support they have towards the performers as well as their enthusiasm to cheer for them.

Everybody performed with their all and it was a hard decision to choose the winners as all the contestants were all immensely talented. With the help of the judges, we were able to narrow it down to these four winners for first, second, and third place, as well as the people’s choice, respectively. Congratulations to Ferren,A� Luvia, Christy & Dewi and Little League.

Thank you for all of those who participated in this event, the OSIS staff, as well as the teachers and judges who contributed to this year’s Ciputra’s Got Talent – without your help, the event would not have been made possible.

Check out the photo gallery to see our talented students.