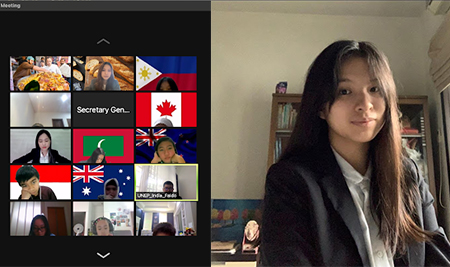 Last weekend, I attended the annual Singapore National Academy Model United Nations (SNA MUN). Similar to last year’s SNA MUN, this event was hosted online. For those of you who are wondering what MUN is, MUN is an educational simulation whereby students roleplay as representatives from the United Nations in hopes of resolving various issues around the world, such as ethical issues surrounding animal testing, or proposing solutions to combat cyber crime. These events allow students to learn about diplomacy and international relations, and teach soft skills, namely leadership skills and research skills.

Unlike last year’s SNA MUN, this year’s conference consisted mostly of traditional councils such as United Nations Environment Programme (UNEP) and United Nations Human Rights Council (UNHRC). Despite this conference being traditional, this conference was very far from stagnant. Fruitful discussions and debates were born out of the original viewpoints from all the delegates of this conference, which brought this event to life. This is all thanks to the Board of Dais and chairs, who went above and beyond expectations to make this event a memorable one for every delegate.

As one of the delegates in the UNEP, I realized that there were several conflicting viewpoints in the council due to how nuanced the subject of animal testing was. Despite facing this obstacle, all the delegates were able to come to a solid conclusion and resolve the topic at hand in a diplomatic manner. As a council, we proposed a draft resolution discussing the scope of what is considered ethical in animal testing and the legal ramifications arising from animal testing. Receiving the Best Delegate award and Best Position Paper award in this council was an honor, but I believe what meant the most to me was learning how to effectively lead a council and refining my leadership and negotiation skills.

All in all, this experience was meaningful in many aspects, and I hope to continue my journey as an MUN-er and pick up more skills along the way. Cheers! 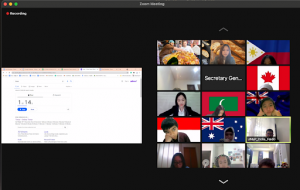 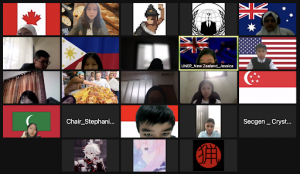 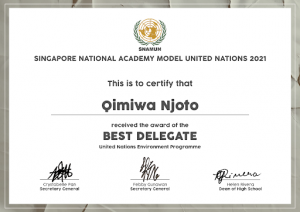 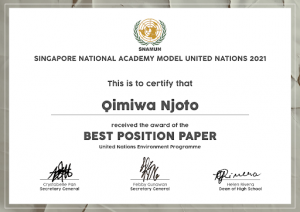