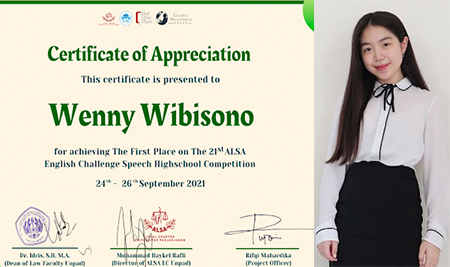 The speech competition consisted of 2 rounds, namely the preliminary and the final round. Candidates were told to construct a speech on the topic of combating issues surrounding health, social life and education during and post-pandemic. Fortunately, I was able to pass the preliminary round, and during the final round, I decided to focus on the topic of education and rebuilding an education system for children with special needs. Within my speech, I talked about privilege, change, as well as the root causes of this issue, and what we, as youths of this generation, can do to help those in need.

Furthermore, during the MUN conference, I represented the country Switzerland in the Economic and Social Council (ECOSOC) where rigorous debates and fruitful discussions were fostered under the topic of “Combating unemployment post-pandemic.” Solutions that were proposed ranged from recommending all Member States to establish social protection programmes and cash transfers to improve the economic situation with the mechanism below:

as well as the implementation of Financial Incentives and Recommendations for Entrepreneurship programs and structural unemployment to be eradicated and strictly minimized at times like such through ways such as but not limited to:

Personally, I was extremely grateful to have received the 1st prize award for the speech competition, and ‘The most outstanding delegate’ for the MUN conference. Nonetheless, none of this would be possible without the help and support coming from the Sekolah Ciputra community therefore I would like to express my deepest gratitude to those who aided me in this journey. 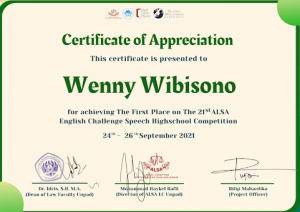 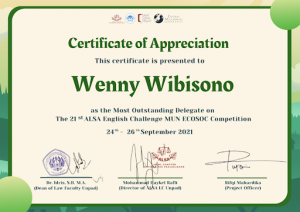