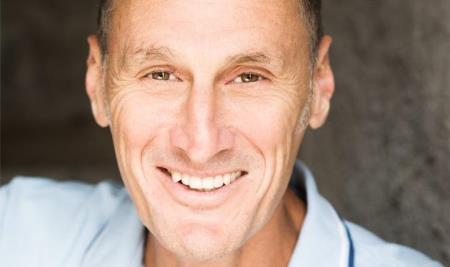 David Joseph is Sekolah Ciputra’s first Performing Artist in Residence! We are very lucky and excited to have David join us for the next month. He will be working closely with students in both Elementary and High School.
Here is David’s profile….

David is a seasoned veteran of the stage, with over 3 decades of experience in a wide range of performance contexts. He has worked as an actor on award winning theatre productions, played music with internationally acknowledged bands, performed with Australia’s flagship circus company, facilitated hundreds of workshops and led innumerable community theatre projects. Here are some of their collaborative performances, Chamber Made – Greek (1996), The Cars That Ate Paris (1999), The Two Executioners (2002) & Phobia (2008-09); Circus Oz – performer/trainer (1990-2017); Institute of Complex Entertainment – Tower of Light, Green Room Award Winner (2003) and Dee & Associates – Taxi, Green Room Award Winner (2011).

He has been involved in 3 artist-in-schools projects and regularly works with the Festival for Healthy Living (Royal Children’s Hospital) including being lead artist on their highly successful Cartwheels project for communities affected by the Black Saturday fires. He was performing arts specialist teacher at Brunswick South West Primary School from 2006 – 2010. He has directed 100’s of whole school performances incorporating circus skills, dance, song, theatre and percussion. He is committed to arts in education and sharing the transformative energy of performing arts with young people.

In 2016 he devised and performed his award winning solo show Deceptive Threads and completed an MA in Applied Theatre Studies at the University of New England, for which he received the ADSA Philip Parsons Prize for Best Performance as Research project in Australasia. In 2014 he performed in Tales of the Laneways and Behind the Public Eye as part of The 24 Hour Experience and completed a two-month national tour of Controlled Falling Project. In 2013 he played a major role in the site-specific adaptation of Italo Calvino’s The Baron of the Trees for the Castlemaine State Festival.

He is currently playing drum kit and percussion with the ARIA winning Melbourne Ska Orchestra (30 piece ska/rocksteady) and Dr Hernàndez (electro-acoustic Cumbia) as well as filling in with several bands. He can play drum kit, hand percussion, bass guitar, rhythm guitar and ukelele.