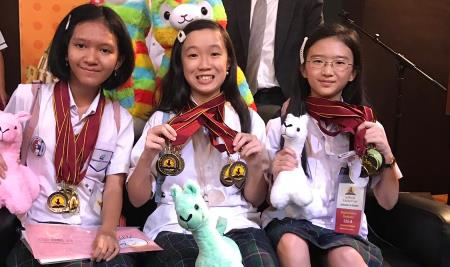 The event gives opportunities to students in different schools and unites us in a competition where we debate and do challenges. You need a team consisting of three members who should be harmonized. I’ve participated in the WSC for the past 3 years.

Some positive sides of the competition is that we learn subjects that school doesn’t cover also, we meet new friends  – everyone that joins the WSC are really supportive and friendly. The serious parts of the competition, apart from the debates and other challenges, are the participants joining. In 2019 there were 3600 more participants than the previous year and only a few teams qualify for the Tournament of Champions (TOC) which is held at Yale University every year. So the competition is very strong.

Previously, I have progressed through the competition making it to the 2nd round or the Global Round. I went to the 2016 Hanoi, Vietnam round and the 2017 Melbourne, Australia round as well. Students, like me, who join WSC constantly, need to study material for the competition. It’s a really good experience for students and gives scholars and participants motivation to be better than the previous year.